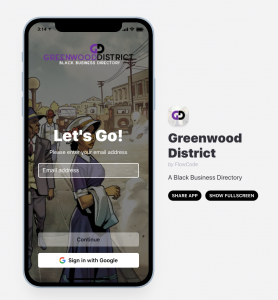 I have done a lot of soul searching this summer on what I can do to create positive change. One thing I decided was to be more proactive in supporting black-owned businesses and black professionals.

I found it to be more difficult than I would have imagined to find black-owned businesses in many industries. I thought there really is a need for a version of a “Black Yelp”. Fortunately, I found a new black business directory app called Greenwood District.  You can download the Greenwood District app for Android or iPhone here.

This was founded by a black entrepreneur named Maurice Womack. He was generous enough to take some time and answer a couple of questions. 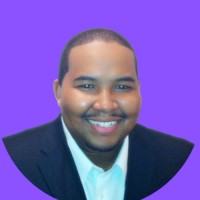 Q: Why did you decide to build the app and when did you launch it?

A: This was an extension of how to teach older kids and adults how to build software tools and mobile apps without learning how to code. Mine is called Flowcode.app.  Following the death of George Floyd, there was an increased interest in supporting black-owned businesses. My wife and I were part of a Columbus Facebook group of black people trying to support businesses by referrals which I found to be inefficient. So I thought, what if I could build an app that would simplify the process of finding black-owned business in Columbus. In early July, I built and launched a trial version of the app in two days. I called it Greenwood District after the historical neighborhood in Tulsa, Oklahoma better known as Black Wall Street. Given the interest the app immediately received, we decided to build out our app entirely.

Q: What have been your early successes so far?

A: In our first two weeks, we counted more than 250 businesses and over 300 consumers, which we refer to as members, who have signed on already! We recently developed a partnership with Central Ohio African American Chamber of Commerce to more quickly get black businesses on our app which will make it more valuable to our members.

Q: What are your long term goals?

Q: How can we support your app and mission?

A: Sign-up for the app and share it within your network, especially black-owned businesses. We also welcome feedback on how to improve and make the tool more valuable for you.

Q: What advice would you give to middle and high school children who are thinking about becoming an entrepreneur?

A: Put your efforts towards Moonshots! A Moonshot is a solution to a problem that is so hard and affects many people.  Therefore, solving such a problem moves humanity forward in a major way. For instance, solving homelessness is a moonshot. Not only do these help humanity, but they will also be valuable from a profit perspective.

About the Author: Nate Riggs